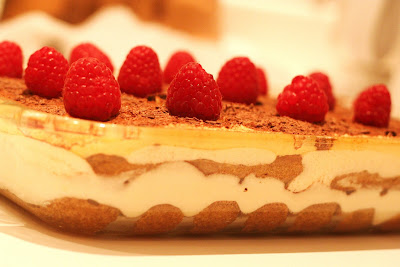 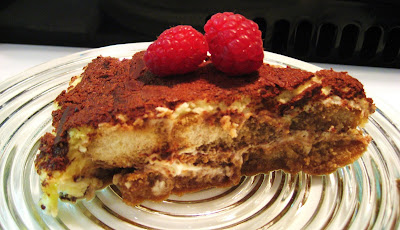 I must admit that I didn’t truly become aware of tiramisu until my friend Mira taught me how to make it while we were on vacation in Croatia’s Dalmatian Coast.

The origin of tiramisu (literally ‘pick me up’) is contested. Many claim that it was created in the 1970s in the kitchen of Roberto “Loly” Linguanotto at Le Beccherie restaurant in Treviso, Italy. Others report that it was invented much earlier in the city of Siena in honor of the visit of Cosimo III. Still others claim it is a variation of the 19th century zuppa inglese (which itself may be adapted from the British trifle).

Regardless of who created it, the dessert is intensely popular because of the perfect combination of coffee, chocolate, liquer, mascarpone and biscuits. 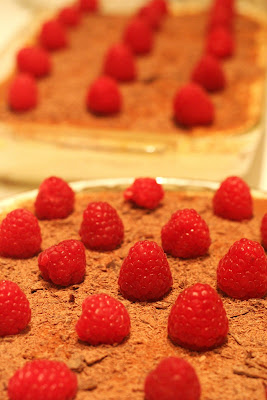 Directions
1. Mix coffee with amaretto or rum (if using). Set aside.
2. Mix cocoa and cinnamon and set aside.
3. Quickly dip ladyfingers in the coffee mixture. Make sure to fully absorb the mixture, but do not let the biscuits get soggy. Form a layer of lady fingers in the bottom of a 9x13 glass dish or a glass pie dish.
4. In a large bowl, mix egg yolks, mascarpone and sugar. Set aside.
5. Beat egg whites until stiff. Carefully fold into the egg yolk mixture.
6. Spread half of egg mixture over first layer of lady fingers. Top with half the cocoa mixture.
7. Put down another layer of soaked lady fingers.
8. Cover with saran wrap and chill overnight. It can also be frozen for up to 2 weeks.
9. Before serving, top with the remaining cocoa mixture and any of the garnishes. 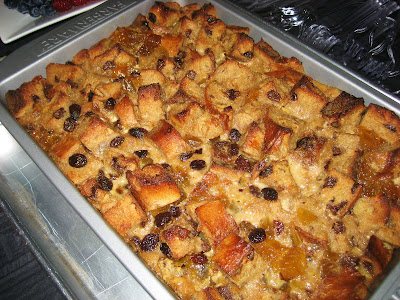 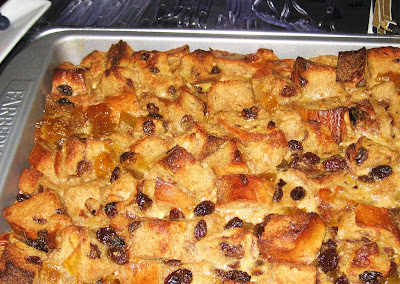 I was asked to bring dessert to a large Cuban-themed party. Given the historical centrality of sugar production to the Cuban economy, it is no surprise that desserts are popular and ubiquitous.

Web research revealed a number of interesting dishes. Many are adaptations of recipes brought by the Spanish (including flan and brazo gitano) and others were developed locally as simple mixtures of sugar and fruit (such as dulce de guayaba, dulce de coco and rapsadura). I chose pudin de pan for its simplicity and because it is easy to increase the recipe to feed a crowd. The dish is a type of bread pudding and variations are also served throughout the Caribbean, especially in Puerto Rico and the Dominican Republic. Like other bread puddings it is a wonderful way to use up stale bread, though I must admit I bought fresh bread for this version.

This recipe contains a generous helping of fruit preserve which is widely used as a filling for desserts. In Cuba, jams are made from mango, guava or other locally produced tropical fruits. I used a jar of watermelon and pink grapefruit preserve, the final jar of several that I purchased in France two summers ago.

Directions
1. In a large saucepan over medium heat, gently heat milk/cream, butter, sugar, cinnamon, nutmeg, vanilla, salt, lemon peel and alcohol. Do not boil this mixture.
2. Preheat oven to 350F.
3. In a large bowl mix bread with eggs. Add milk mixture, raisins and almonds. Soak the bread for 5 minutes.
4. Pour into a well-greased 9x13 inch glass or metal baking dish.
5. Distribute jam dollops into the mixture.
6. Bake for one hour or until the pudding is browned and set.
Posted by AKR at 9:15 AM 3 comments 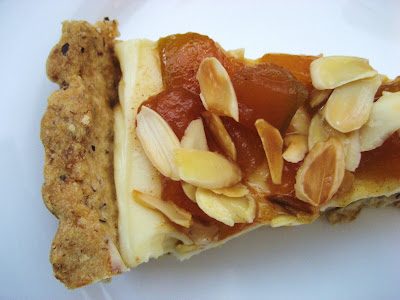 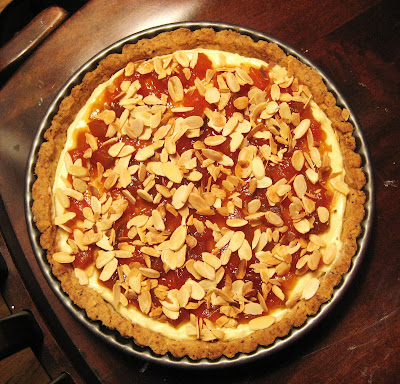 I am back from holiday and thrilled to share this delicious cheesecake that I created for Christmas dinner. Less heavy than Christmas pudding or mince pies, this Italian-inspired dessert is light but satisfying.

The primary ingredient is mascarpone, a soft, thick, rich (fat content between 40-75%) ‘cream cheese’ that most of us know as a key ingredient of tiramisu. It originated in the 17th century in the Lombardy region of northern Italy, where it is made from cow’s milk cream. Technically, mascarpone is not a cheese at all, but the product of cream treated with acid, much like clotted cream. It has a slightly sweet and fresh taste, and is commonly used in desserts such as cheesecakes, cakes and as an accompaniment to fresh or cooked fruit. In Italy it is often used in savory dishes – as a base for spread or dip, thickener for soup or risotto, and enrichment for pasta or roasted vegetables. I’ve featured mascarpone in a summer zucchini soup; I also enjoy it on French toast.

There has been much controversy about the origin of the word ‘mascarpone’. It may derive from mascarpia, the word for ricotta cheese in the local dialect or from mascarpa, a milk product made from the whey of stracchino. Others describe it as a derivation of mas que bueno (Spanish for “better than good”) which may have taken hold during Spanish occupation of Lombardy between the 16th and 18th centuries. Others maintain that the name come from Cascina Mascherpa, a family farmhouse located halfway between Milan and Pavia. Whatever the origin, the word is often mispronounced as maRscapone.

I’m a huge fan of thick crusts, but you can certainly use 1/2 to 2/3 of the recipe if you prefer something more delicate. You can use any kind of preserve, but something with visible fruit chunks works best. I used a jar of cinnamon melon jam that I’d purchased in France two summers ago, at a small shop that I mentioned in a previous post (featuring hamantaschen cookies). 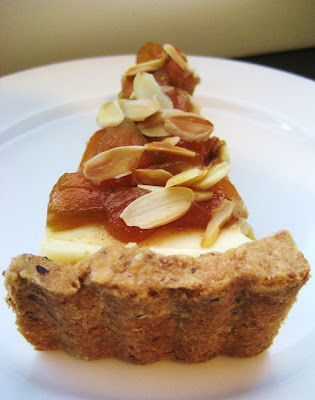 Directions
1. To make crust mix flour, almond meal, salt and sugar. Add butter and blend in a food processor, with a pastry blender, between two knives or with your hands. Work quickly so the butter does not get warm.
2. Add an egg yolk and mix well. Gather dough into a ball. You may need to add some water to bring the dough together.
3. Press crust into the bottom and along sides of a 10-inch tart pan with removable bottom. If crust is too soft to work with, chill for 15-30 minutes.
4. Chill in refrigerator for at least 1 hour or overnight.
5. Preheat oven to 400F.
6. Pierce crust all over with a fork. Bake for 15 minutes or until the crust is light brown. If it bakes too long it will become hard and brittle. If the crust begins to bubble, press with the back of a fork. Cool to room temperature. [see photo below] 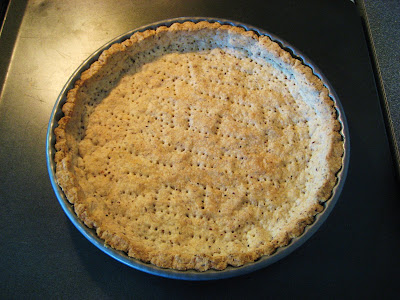 7. To make the filling, beat together cream cheese, mascarpone, sugar, honey, almond extract and cardamom and pour into cooled tart shell. Refrigerate for 1 hour.
8. Spread jam evenly over filling. Chill until ready to serve. Top with almonds and dust with confectioner’s sugar before serving.
Posted by AKR at 12:38 PM 6 comments